My name is Thomas Hodgson, I am nineteen and an amateur photographer from Cumbria. I have developed an idea encompassing model Land Rovers into the real landscape of the Lake District and beyond. 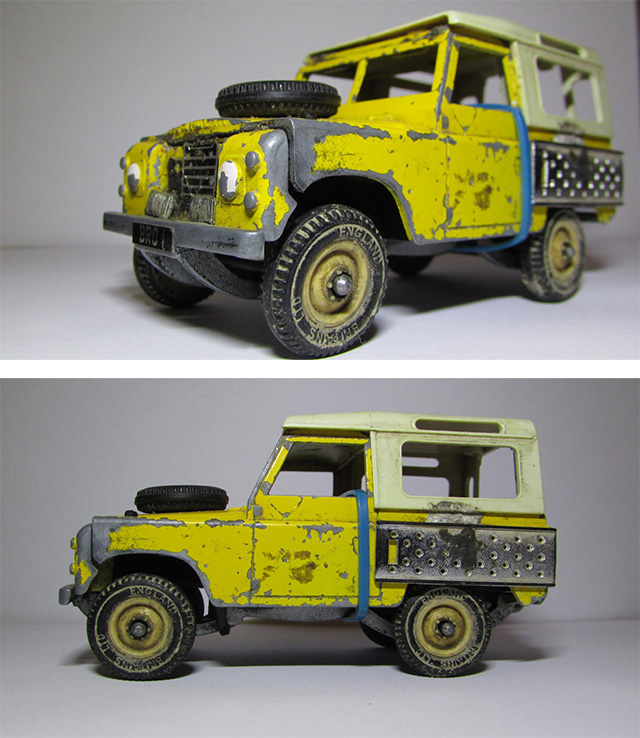 Want to know my back story before starting off the @modellandroversoffroad brand?

Well you may have noticed my bright coloured paintwork, this dates back to when I worked in highway construction.

During the mid to late seventies I used to travel up and down the country building the roads that you folk use today (they were much quieter back then!).

I was pretty good at it and I managed to work my way up to being a foreman.

Then in 1990 I decided to retire from the roadwork and move into property construction.

I ended up moving to Keswick in the Lake District in the late 1990s because I had worked there in the past and loved it.

I carried on building until I finally retired in 2005 and thats when I met Bluey... 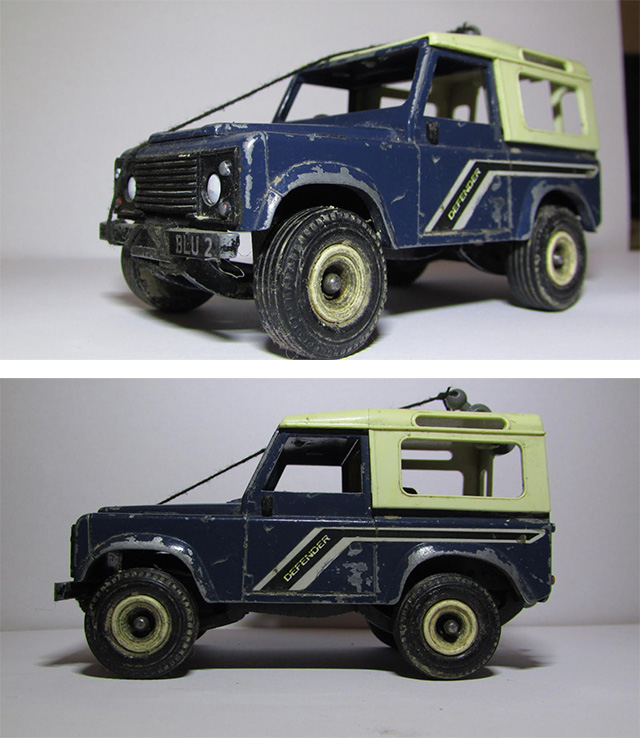 I used to have a 200TDI but now I have a 300TDI I am the only one out of the whole @modellandroversoffroad fleet who has lived in the Lake District my entire life.

Some of you may know already know my career was spent working for the Lake District mountain rescue but originally I wasn't meant to work for them. How it came about was I was in right place at the right time. There was phone call at the dealership one afternoon about someone who needed couple of Defenders loaning to them for sort while. And me and another Defender 90 called George got sent.

Turned out that mountain rescue had 2 New Defenders on order but they had been delayed and they were really desperate for them. So me and George got winches and CB radios fitted.

But the loan ended up been 1 year then 15 years in service that's why I am blue with normal Defender stickers down the side. And I am so glad I ended doing that as my career because I have learnt so many skills and knowledge.

Retired in 2007 but not fully retired because I still help mountain rescue out and some rescues and training days that's why I still have my flashing light on my Dashboard for emergencies. In 2012 I met Brody in greenlaning and been taken photos of for something call Flickr what involved in @modellandroversoffroad Instagram page as you know it today.

If no one else can do it, Bluey can! 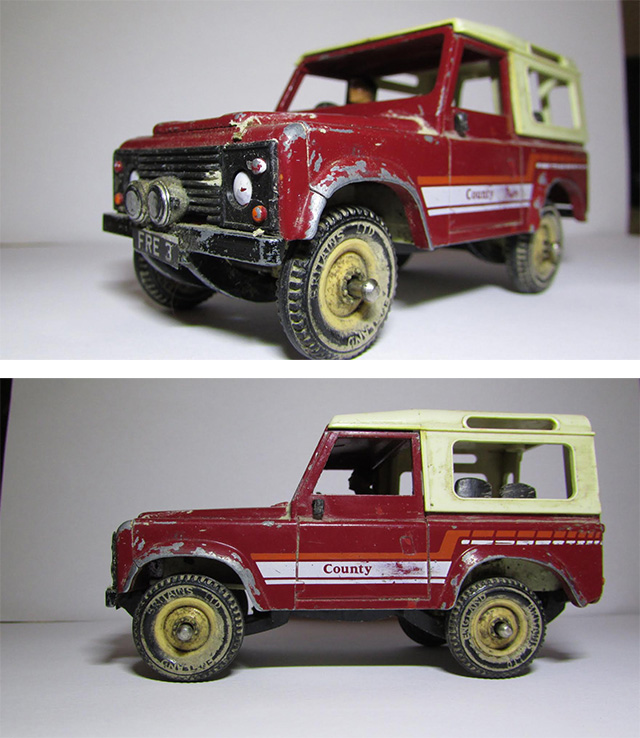 Im a 1987 Land Rover Defender 90 County fitted with a 2.5 turbo diesel. My back story is most interesting even if I do say so myself.

You see, after rolling off the Land Rover production line I got straight to work taking race horses all around Britain and sometimes even abroad.

I did this up until 2005 when I retired after a crash that shook me up good and proper.

To hear me speak, you might think me very posh, but really its just a front (I had to act posh around all the horsey folk).

After retirement, I soon found myself at something of a lose end, thats when I decided to join a couple of the local Land Rover clubs for a spot of greenlaning.

I met Brody, Bluey and Diesel at the clubs and the rest shall we say is history. 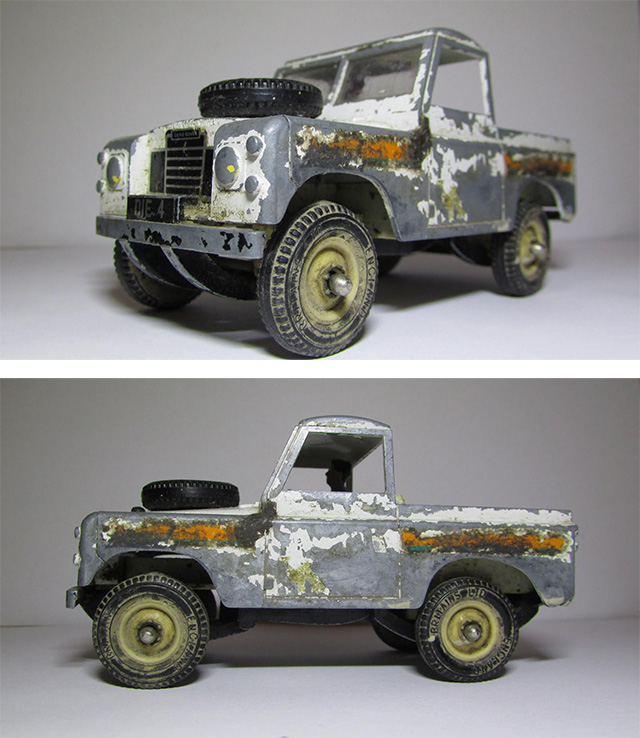 I was born in 1976 and I'm a short wheel base Series III Land Rover fitted with a trusty 2.25 diesel engine.

I spent ten years serving in the Dorset police force tracking down criminals! I was actually one of the last serving Series III's until they replaced me with much younger Defenders.

After retiring from the force I moved to the Lake District and was used as a daily run about until I was laid-up and spent a number of a years resting in a barn.

Good fortune struck and I was uncovered by good friend, Bluey. He dragged me out of the barn and brought me back to life. 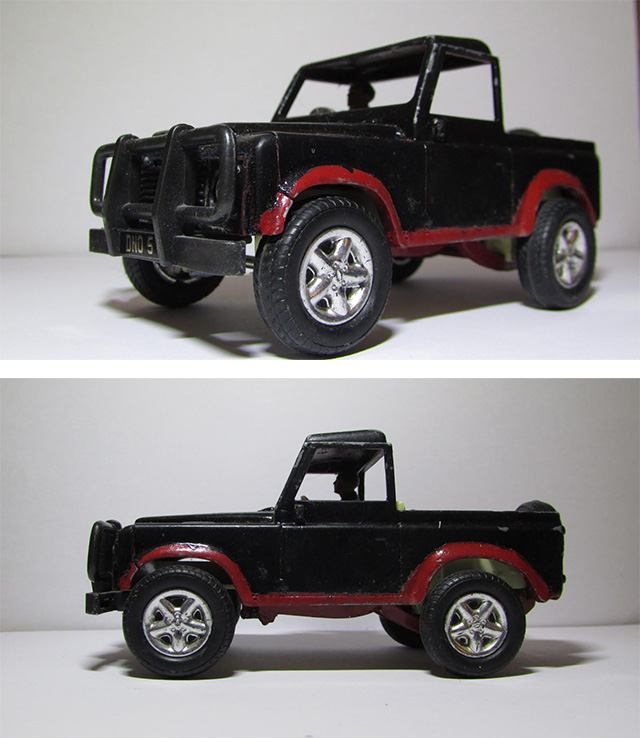 I was especially bought for the end of production of the Land Rover Defender, in late January 2016 so I am the newest member of the fleet.

I have never off-roaded, even though as a Land Rover I should but my heart is urban.

I keep the @modellandroversoffroad fleet on their wheels. (Toes) 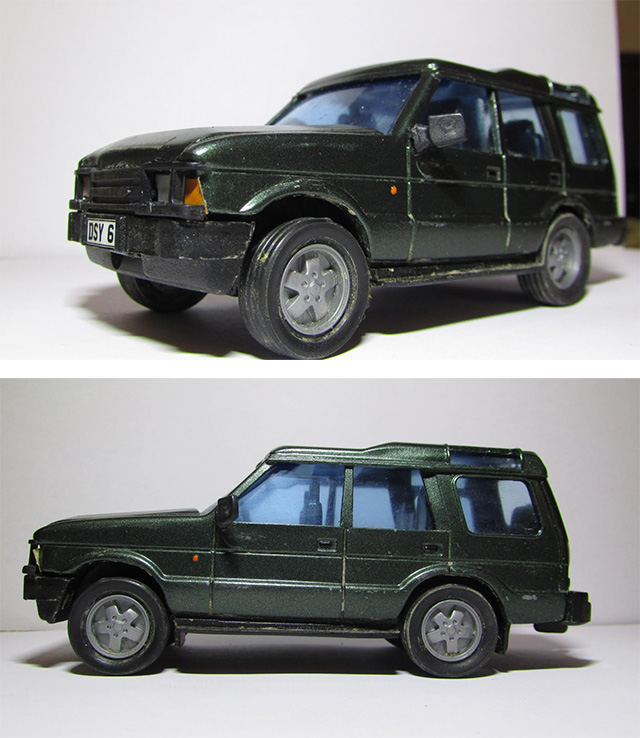 Girls dont give away their age so Im not telling you my build date but I will tell you that Im fitted with a 200 TDI and Im a 4-door.

Im the posh, sensible one of the bunch and its my job to make sure the lads behave themselves (which isnt always easy).

Before I met the lads I was a press vehicle for Land Rover and they used me for various advertisements throughout the early nineties.

After that I was sold off to a big country estate in Suffolk where I spent the following years cruising around the countryside.

Sadly the estate eventually got sold off and I found myself up for auction.

I thought that was it for me, rust had crept into the usual places and I thought I was heading for scrap but thankfully the lads stepped in and rescued me.

Life is great now and Im engaged to Martin. 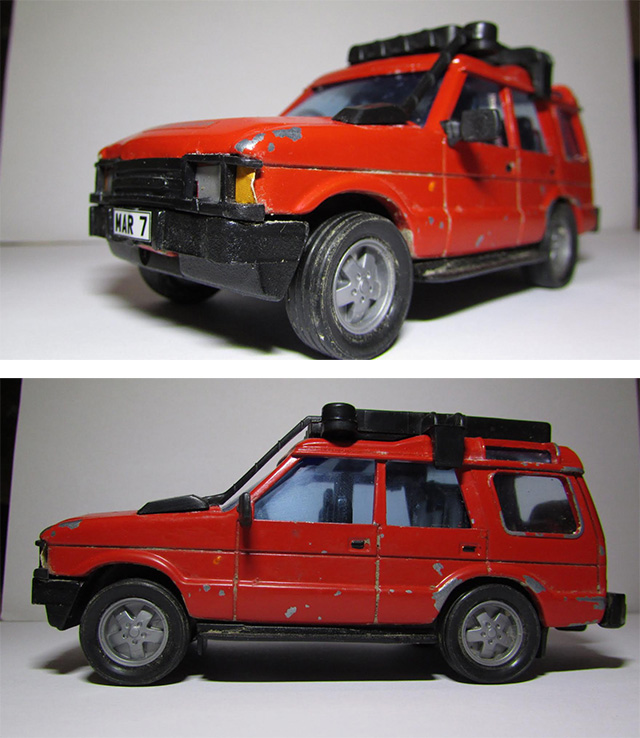 I am pretty well travelled, Land Rover used me as a prototype for the 1991 Camel Trophy series.

At the time I had new features not previously seen on a Discovery.

You might be asking why Im not the normal, sandy colour you associate with the Camel Trophy, well thats because I was in disguise so the press didnt get wind of it.

As well as the Camel Trophy stuff I have also been used by Land Rover as a test vehicle for a host of different engine, gearbox and accessory options.

They switched me back to the TDI before I got sold on.

I still love to travel, but now I have my Daisy I dont like to go anywhere without her alongside me.