The idea started in 2012 on a holiday in the Peak District. I was a typical bored teenage trailing behind on walks and my mum came up with idea of using my new camera to make up stories about the Land Rover I recently bought in Keswick (Brody) We put him in the river and he looked so real in the landscape that I developed the idea from that.

Through the summer I seemed to find other Land Rovers to join Brody. Bluey from at Astle park traction engine rally in Cheshire and later on Diesel from the great Dorset steam in Dorset. Freddy came to join them the following year. Other characters joined up and then it wasn't until my Instagram page in 2014 was set up that the idea was formed as we know it today The Lads.

I use a canon sx400is and now again I use a mini tripod but more often or not I just do it free hand because that's only way to get great photos. 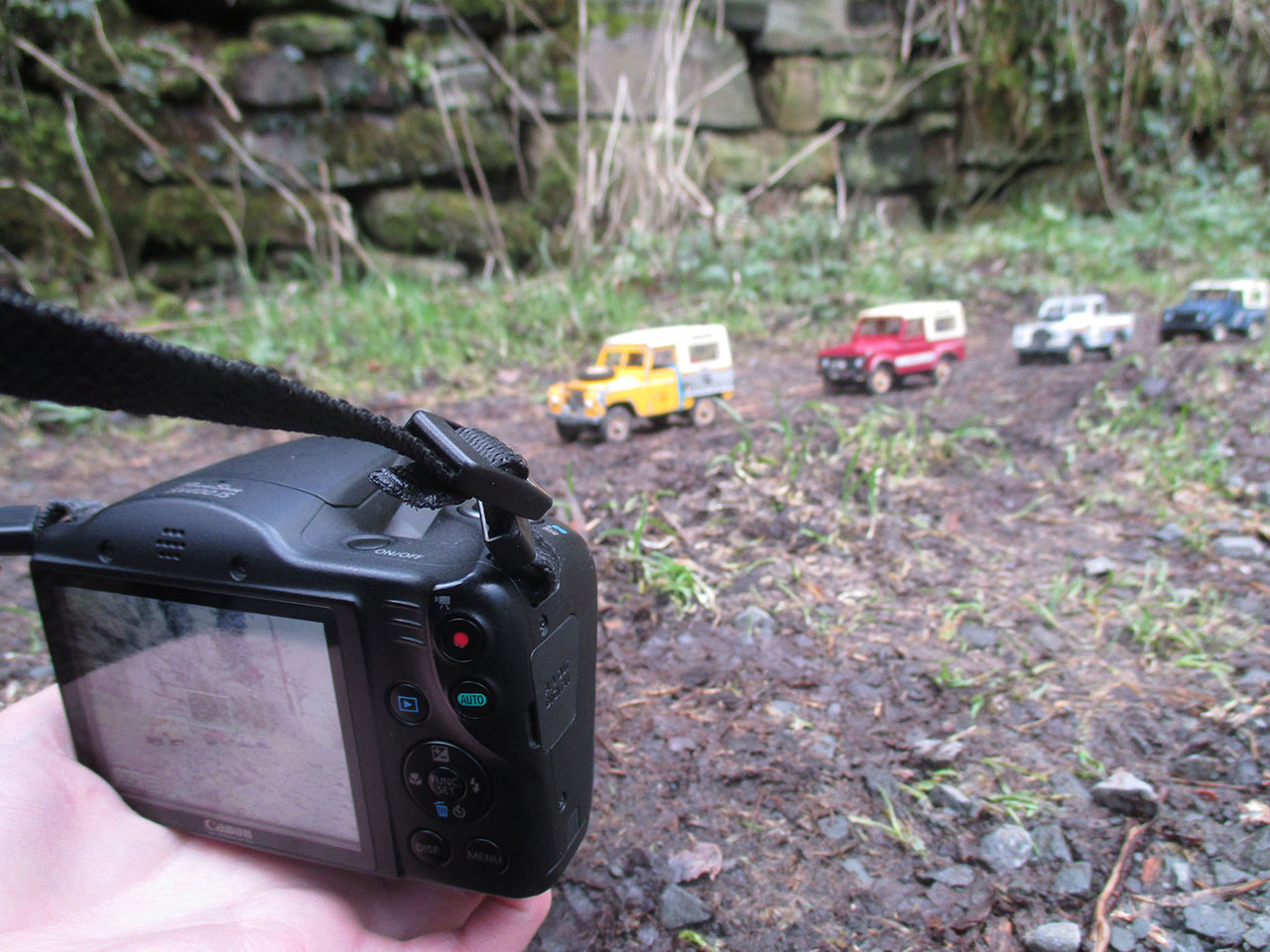